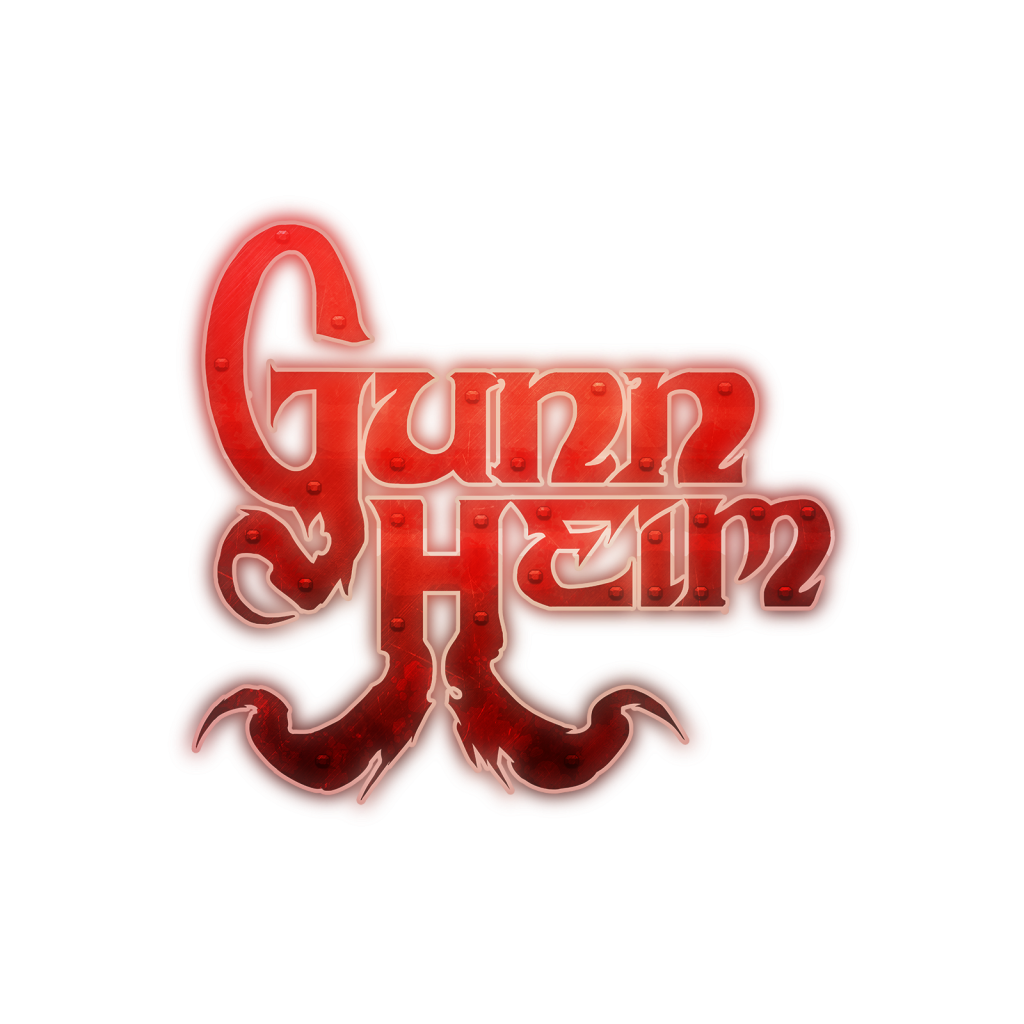 The Lord of Death hits the bottle hard on the Ragnarok of all benders and hell breaks loose- literally. Enter the unholy children of Gunnheim: gun-toting, skull-crushing Viking warriors born and bred for battle, summoned to restore the balance. Gunnheim is a 1-4 player top down shooter inspired by Viking mythology and the golden era of couch co-op gaming.

In Gunnheim, you’re bringing the term berserker to a whole new level, saving the day by dishing out carnage of hellish proportions. Armed to the teeth with all manner of modern weaponry, fight your way through hordes of hellspawn with your brothers and sisters at your side, survive epic boss fights against the biggest and baddest of the devil’s children, and watch with maniacal glee as your enemies are turned to bloody piles of pulp, fangs and horns. Put your goggles on, it’s about to get really, really messy.

With a cutting sense of humor, Gunnheim brings fast paced action, superior low-poly graphics, and more gore than you can imagine to this classic genre.

Gunnheim is now available from Steam!

Get it now on Steam 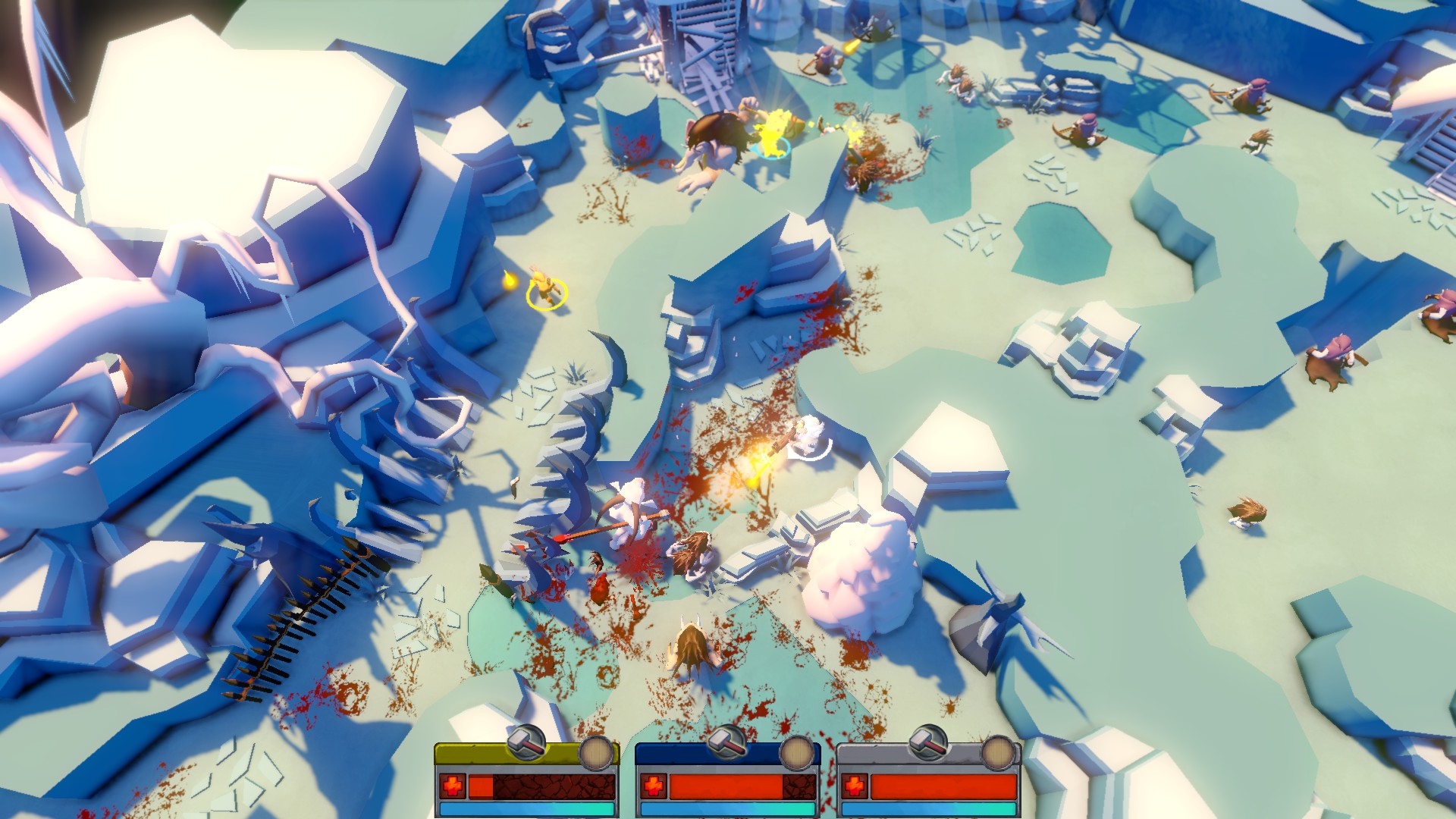 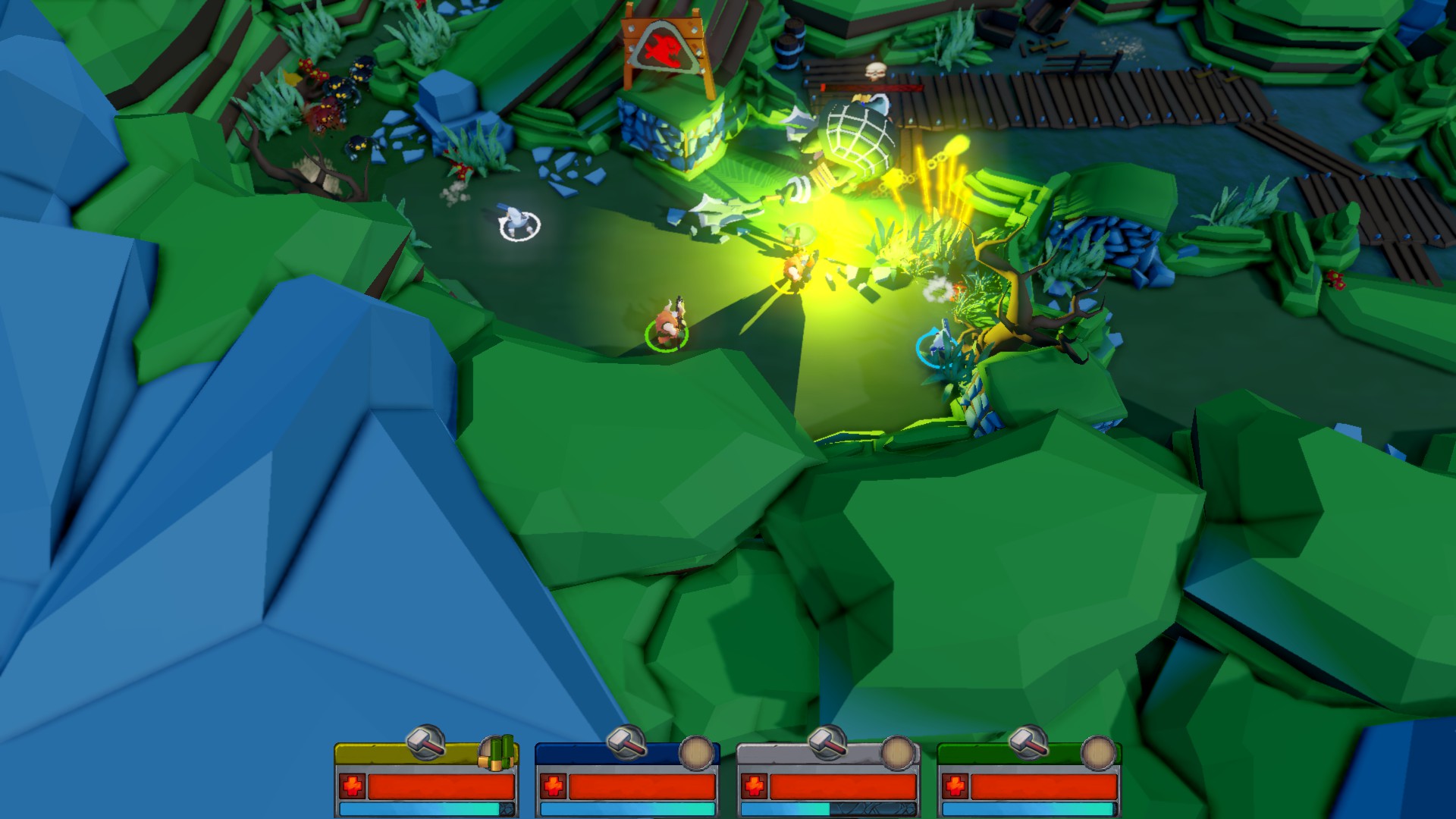 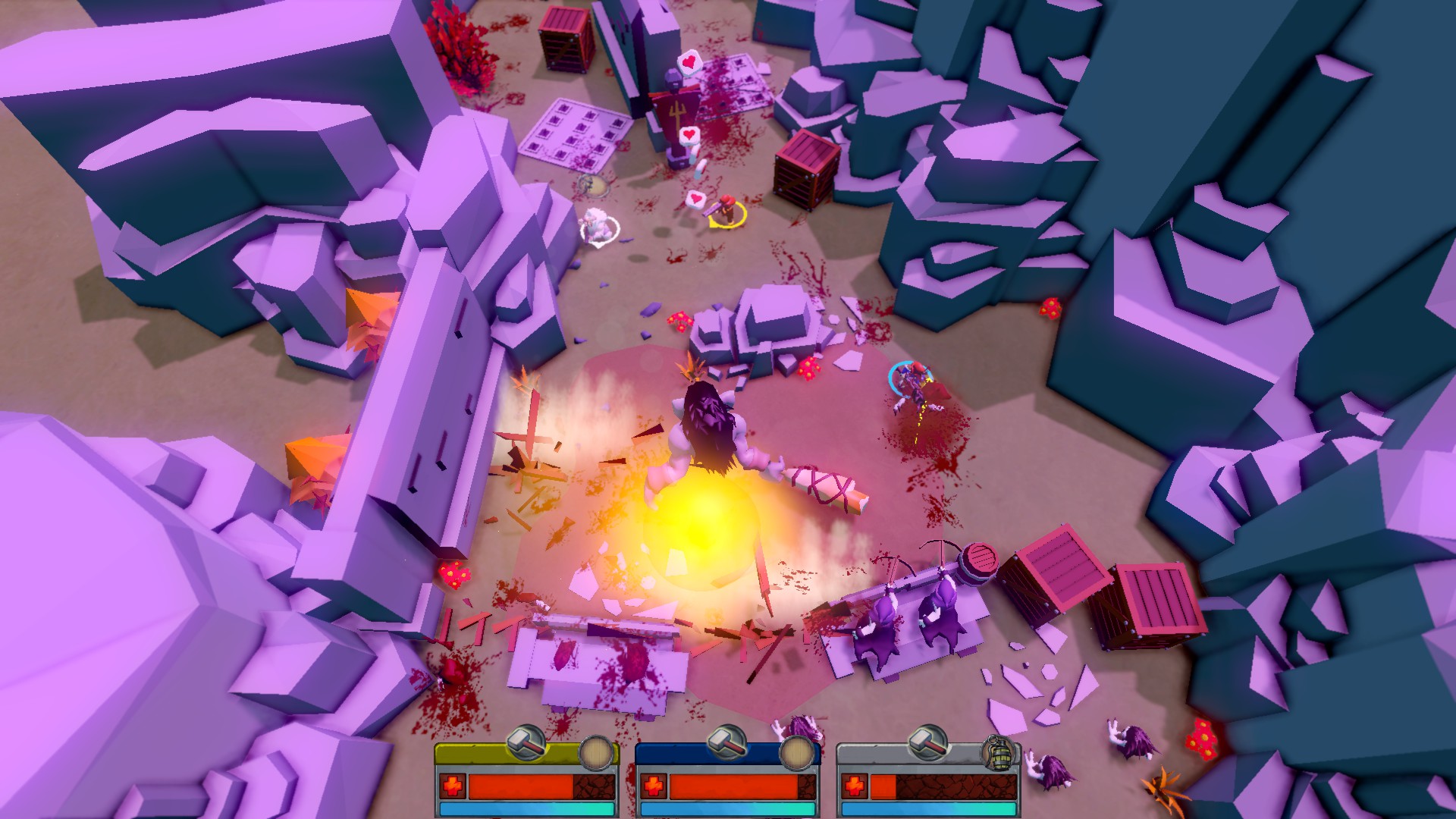 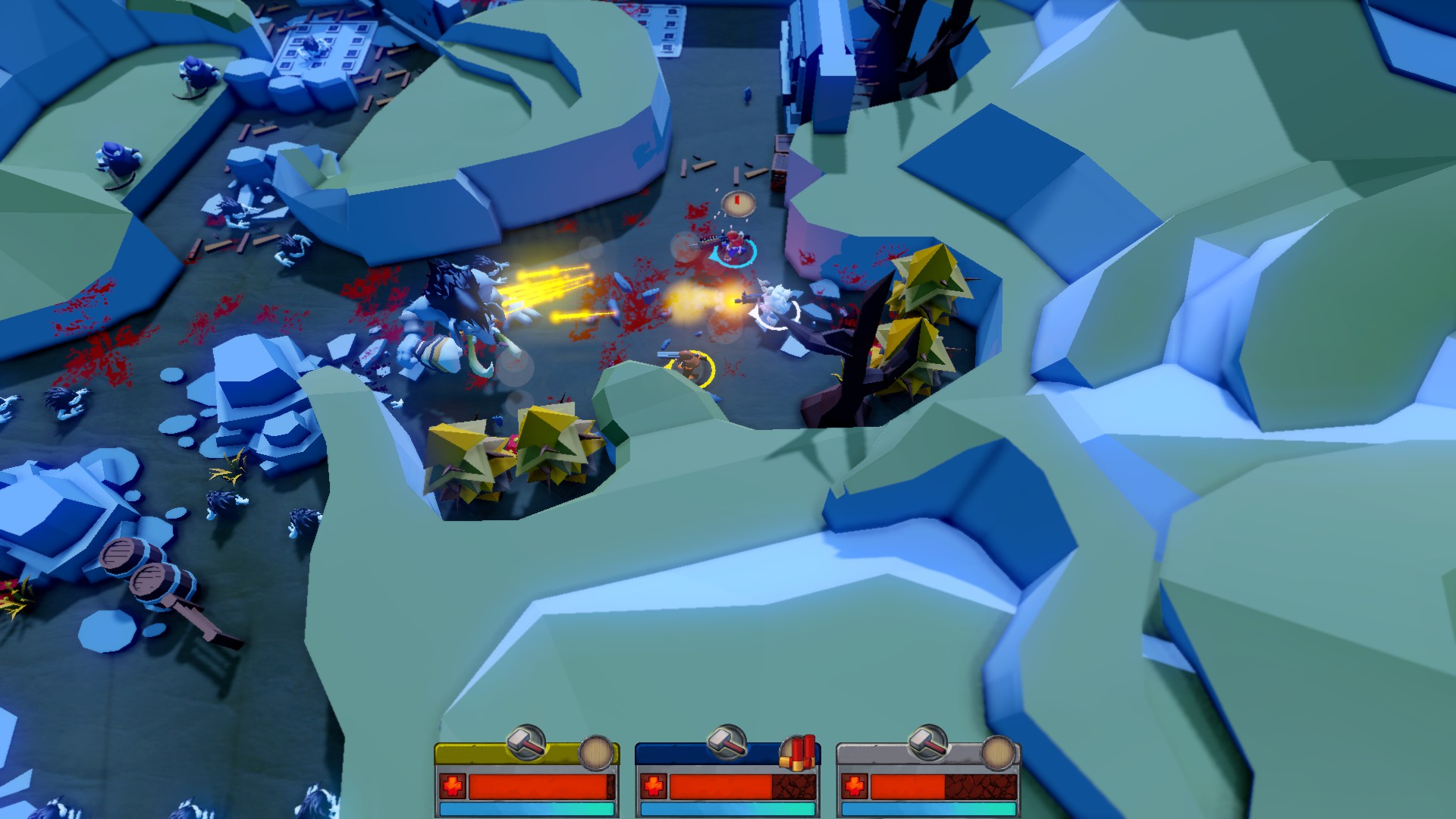 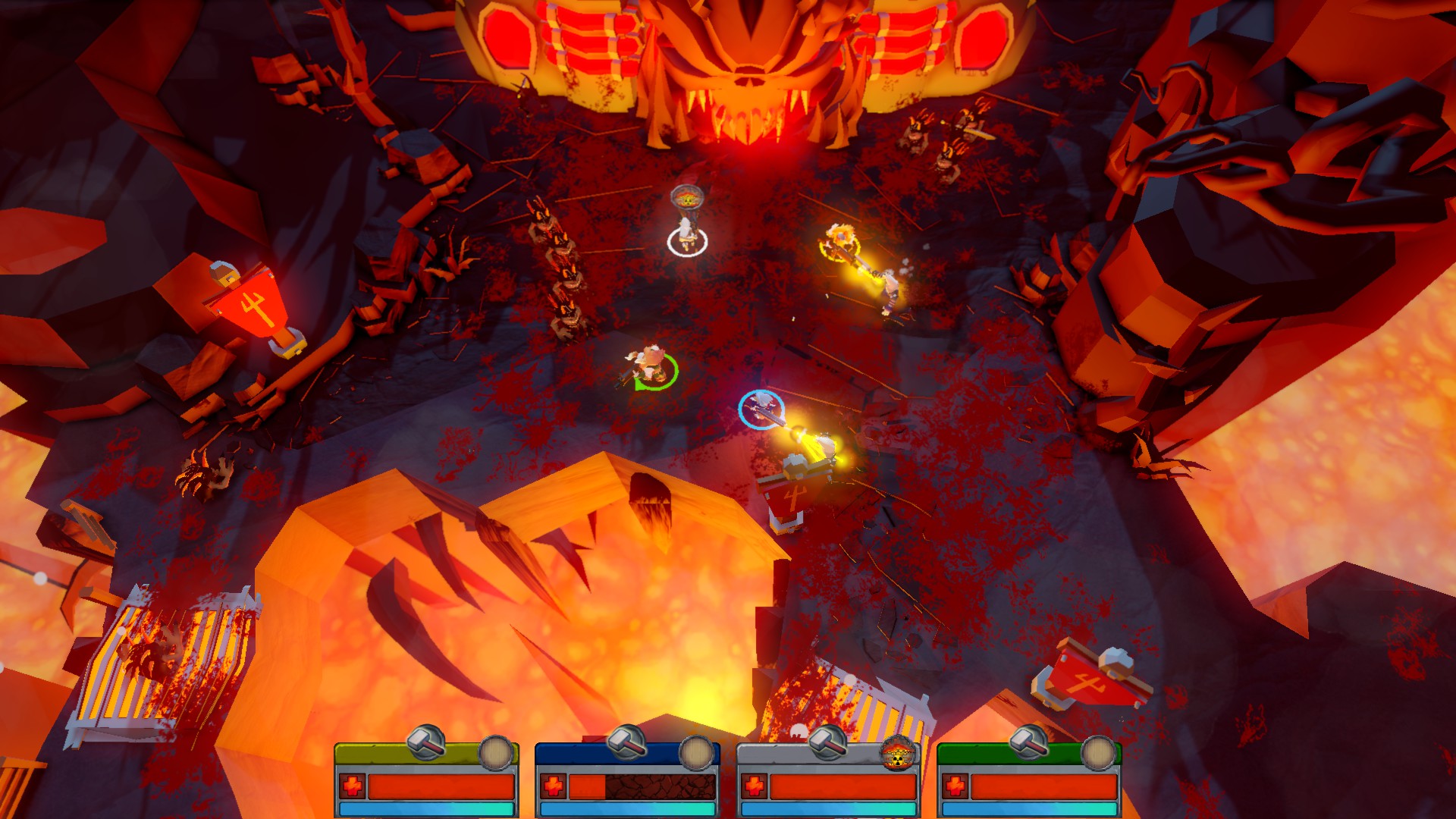 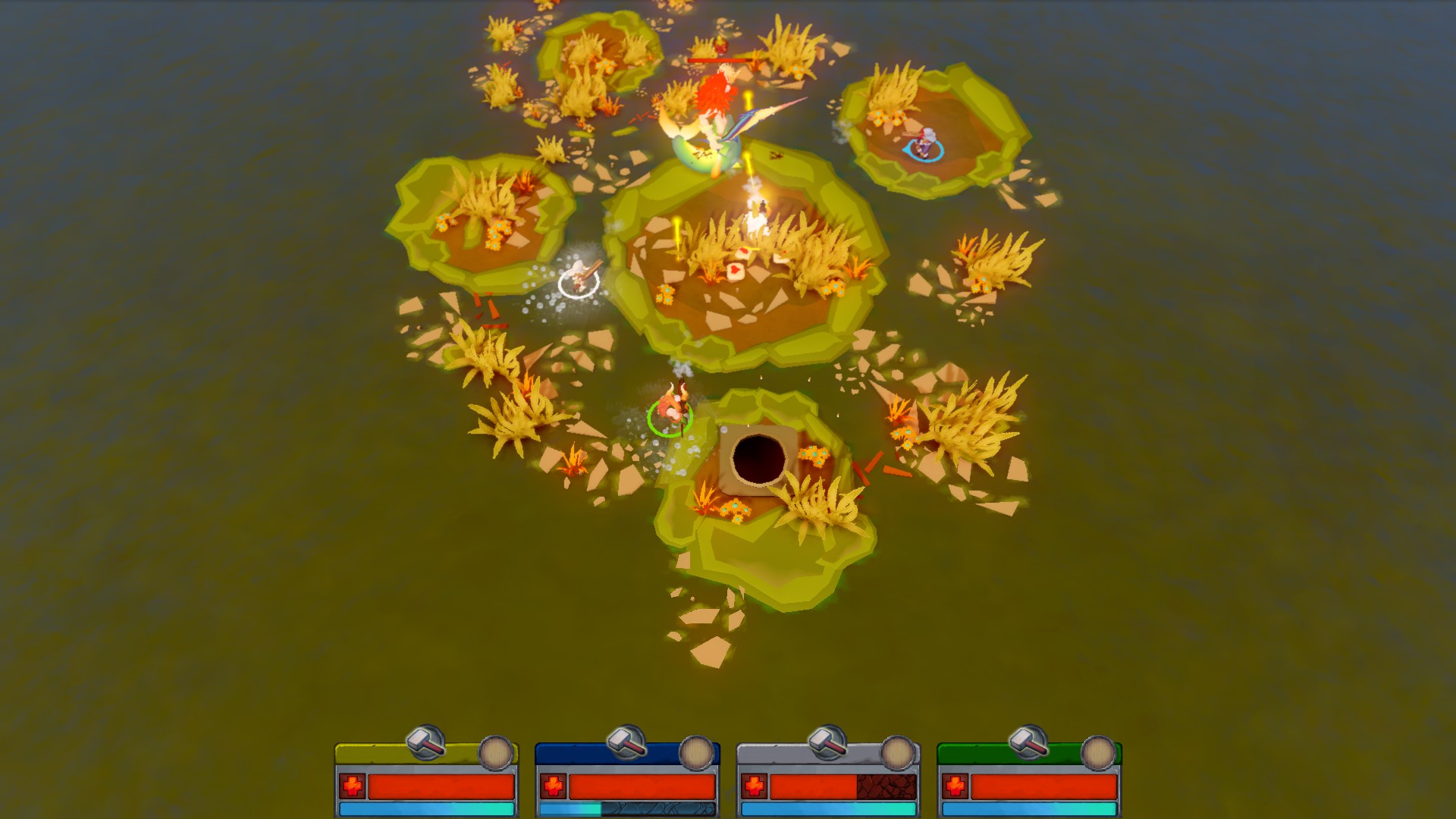